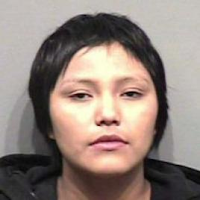 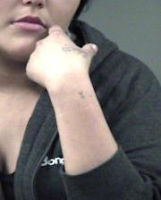 In  December 2007 16-year-old Chantelle Bushie was las seen in  Grand Prairie, Alberta Canada. She known to live a high-risk lifestyle. She was a member of Alberta, Canada's Dena Tha' First Nation. She was known to have had traumatic events in her childhood such as sexual abuse and the accidental death of her sister. When she was 14 she began to cut class and run away from home. When she would do this she would use the Alias Kim Star.  She was known to hang around prostitutes and drug dealers even though she herself was neither. If the police picked her up and brought her home she would run away again. At the time in December, she had an infant daughter who was a couple months old. Because of her constant running away she wasn't officially reported missing until 2009 by her mother.
Chantelle was 16-years-old at the time and is First Nations. She was 5'5" at the time and was 119 lbs. She has short black hair. She has the initials V T on her left hand, these are her parent's initials.
SOURCES:
Doe Network
RCMP
CBC CA
at December 03, 2020