Who was Sylvester the Mummy? 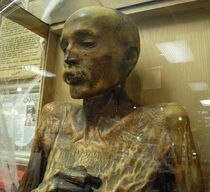 Sylvester the Mummy is a nickname of a mummy displayed in the Ye Olde Curiosity Shop in Seattle Washington. He was purchased in 1955 and showed off at the Seattle World Fair in 1962. Before that, though he was used as a traveling sideshow attraction.

Legend has it that two cowboys stumbled across the half-buried mummified body of a man in the Gila Bend Desert in Arizona in 1895. That he had died of a gunshot wound to the chest. That the body belonged to some unknown gunslinger. This, of course, is just a legend.

It was found that the act of Sylvester preservations wasn't done naturally. He was injected with arsenic-based embalming fluid right after death. This allowed the body to dry out and mummify. It's possible it was done so his body would be used as a sideshow attraction.

The gunshot wound that supposedly killed him was at some time actually drilled into him and paint was used as blood. At the same time, the one thing that was kind of true was that he was shot at one point. It wasn't his cause of death and he had been shot way before he had died, but his right cheek, body, lungs, and neck had shotgun pellets. It was indicated his cause of death was tuberculosis.

It's still unknown who Sylvester was and why he was chosen to be part of a traveling attraction.

On June 5, 1944, a highschooler found the body of a woman among the weeds along State Street in Liverpool, Ohio around 7 a.m. He was wal... 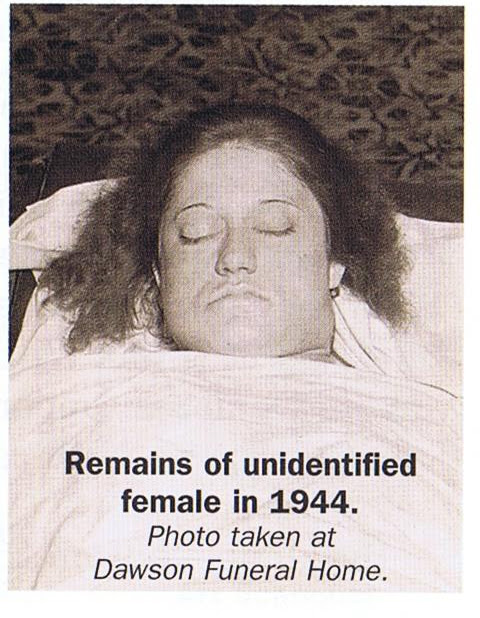